I drove an hour south of St. Paul yesterday to explore a Minnesota state park and take some photos. The sun had raised the temperature to just below freezing: the perfect weather for a hike. Still, I went prepared. 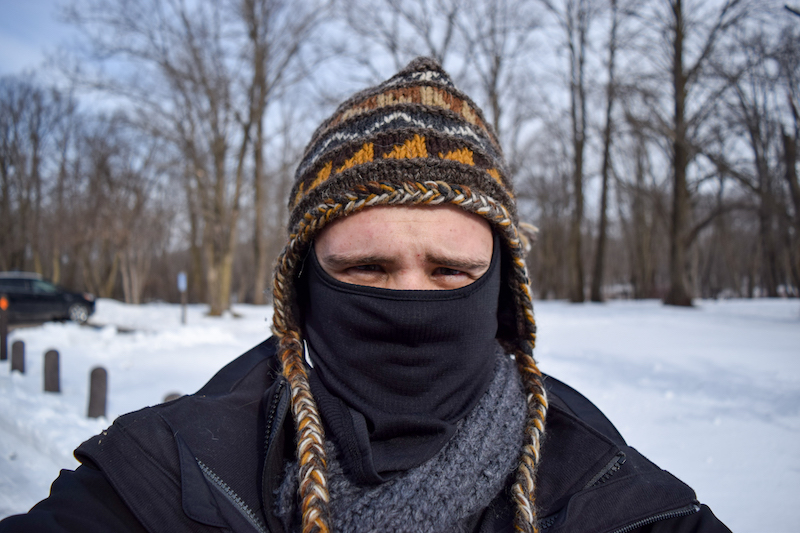 Nerstrand-Big Woods State Park is a relatively small natural area (only 1,646 acres). The forest was once much larger, but the land was developed for farming until the park was established in 1945. Signs along the trails in the park tell this part of the park’s history well.

The trails were a bit treacherous. Compacted snow has spent the winter months thawing and refreezing to form a slippery foundation of ice that makes for slow going. On the plus side, that meant I had the park pretty much to myself.

I was able to make it to the “Hidden Falls” where natural ice sculptures have formed to cover up the rushing water beneath.

The park looks beautiful in the summer, by the way. I’ll have to go back when the trees are in full bloom.

After a couple hours of hiking, I drove to nearby Valley Grove Church—a picturesque church on top of a hill overlooking the rolling farmland of Nerstrand. According to the church’s website, Norwegian settlers erected the dual church buildings in 1862 and 1894. There is a rich history involving the inhabitants of the cemetery behind the church as well as the church buildings themselves, which I encourage you to read for yourself.

There’s so much to see in Minnesota. I’m looking forward to putting my state park pass to use some more this year.